The Anti-Medicine ❇ Eating to Live Without Disease

“Persecuted by Big Pharma in France After Healing 4000 Patients Without Drugs, He Asked Me to Translate His Most Controversial Writings Before He Died”

My mentor Albert Mosséri has worked with over 4000 patients, helping them overcome the most common and unusual health conditions that generally require drugs and surgery just to alleviate symptoms, yet never genuinely offering any hope of a cure.

With Mosséri’s advice, his patients got better and were able to enjoy the activities they loved like before, until old age, losing their fear of disease completely.

And they did it without drugs, surgery, supplements, or expensive naturopathic treatments.

Mosséri’s unique experience enabled him to discover powerful insights into how to heal the human body and what form of eating is most conducive to health.

His Most Controversial Writings

Because of the particular situation in France in the years that Mosséri was active with his health and fasting center, he was repeatedly persecuted by medical authorities and continuously lived under the threat of a jail sentence.

This situation would not have occurred if he had chosen another country, like England or the United States. But Big Pharma happened to have a particular stronghold in France, and the country viewed alternative medicine with suspicion, unlike Germany, which had a strong history of drug-free treatments.

One day, he told me that, “if I had lived in England, where one of my mentors lived, I would have had a much easier time. But the French authorities gave me a hard time. One day, I would like you to publish my most controversial writings in English so that others can benefit from it."

Unlike other authors who didn’t get their “hands dirty” and only published their works in writing, he worked one-on-one with patients to bring them back to health. These are some of the reasons why he had such a hard time making progress in his country of adoption.

He dreamed that one day, his knowledge would live on, published in English and distributed throughout the world, when “the time was right.”

The time is today.

In the Anti-Medicine, Mosséri goes through every main disease one by one and reveals the true cause behind it and the drug-free treatment he recommends. After publishing The Mosseri Archives (which focused on nutrition) and The Greatest Cure on Earth (which was about water fasting), I’m now ready to release his most important and controversial writings.

What is the Anti-Medicine?

Are you getting older and not liking what you see around you?

If you’re like me, you would love to become an example for your friends and family. Because you’re interested in health, you’re supposed to bounce to the ounce more than other people of your age. They will look up to you.

You have two choices. You can either learn how to take care of your health yourself or let others take care of it.

Modern medicine is organized around the concept of dealing with crisis and managing chronic disease. It does a remarkable job with the former, such as saving someone’s life when they have a heart attack but do a terrible job of managing the latter.

There’s a saying that the truth comes from the mouth of children.

But I’ve got another saying for you, one I have learned from experience. Mosseri said: “The truth about the medical business comes from the mouths of old doctors.”

Young doctors are hopeful that they can change the world, save a lot of lives and make a difference.

They haven’t seen how little hope they can provide to most people when it comes to the most common sources of suffering.

They haven’t given a bad prognostic to a dying patient a dozen times yet.

They haven’t seen drugs fail to cure a disease but only manage symptoms while creating other problems in the process.

Older doctors are more realistic and will tell you the truth straight up.

My favorite doctor, who works at the True North Health Center, a fasting center in California, was pretty candid when he said to me: Try to stay away from guys like me.

Do you worry about arthritis and auto-immune conditions, cancer, pain, heart disease, fatigue?

One of the stories that most impressed me as a kid was to witness my neighbors get sick, disabled and grow old in their early 60s, dying before they reached the age of 70 and never get to enjoy their retirement truly.

They were honest, hard-working people who were ready to settle down for their Golden Years, and were struck by a string of nasty, crippling conditions: from arthritis to heart disease.

That’s when I heard the saying “aging is not for wimps” for the first time. My neighbor looked at me straight in the eye and half-jokingly, also said: “don’t ever get old Fred.”

I’ve always been skeptical about this concept.

Why are we meant to become victims of age-related diseases when we have a body that’s supposed to last 100 years in good health?

How come some people go cycling and swimming into their 80s and 90s while disease cripples others in their 50s and 60s.

But I was young and didn’t have to think about this for a long time.

Now in my early 40s, I’ve seen death and disease around me and releasing this new program comes at precisely the right time in my life.

The Anti-Medicine is about self-sufficiency.

It’s about discovering the nutritional answer to the most common diseases so you can stay away from the guys in white coats.

Eating to Living Without Disease

The main content of Anti-medicine - Eating to Live Without Disease, is in three separate books. You can get this part of the program in a digital or physical format.

Book 1: Healthy Eating Viewed Through the Lens of Food Combining - A $47 Program in Itself

I have translated Mosséri’s work on food combining and also included chapters from other books that I had not previously translated.

In this book, you will discover:

Book 2: Advanced Nutrition Topics -A $47 Program in Itself

This book contains a wealth of information. It includes some of the best writings by Mosséri on nutrition topics that will give a lot of food for thought for people who think they already know a lot about nutrition.

Book 3: The Anti-Medicine -A $97 Program in Itself

Finally, we come to the meat and the most controversial part of the program: the AntiMedicine. Mosséri has taken care of over 4000 patients in his career, at the fasting center he ran near Paris. He has also counseled thousands of other people. Through this experience, he has amassed unique knowledge.

The way this book is organized is straightforward. In alphabetical order, it lists some of the most common degenerative diseases, with a description of the treatment Mosseri typically recommends vs. the medical approach.

This third book also features a section called “Alternative Medicine Debunked,” where Mosséri reviews some of the most popular naturopathic treatments, and what we should think of them (note: It’s not always negative).

The topics reviewed are:

Who’s Albert Mosséri and How Can He Help You and Your Health?

In my opinion, Albert Mosséri is one of the greatest alternative health writers of all time.

Unfortunately, his work has never been available in English (until I started translating it in 2015 for my program The Mosseri Archives).

I feel that the English-speaking world has missed a lot by not having this information available.

Mosséri experienced significant health problems when he was very young. He had terrible digestive problems and a lack of energy and concentration, which impaired him in his university studies. At the age of 18, he swore to find a natural remedy to his illness and went on a quest that led him to spend almost a year in India. He found what he was looking for around the age of 25, and worked for the rest of his life to share his timeless advice on health.

In association with his son, Alain Mosséri, I bring you the last installment of the translation of his work into English.

Unlike Every Other Course or Book on the Topic

This program is very different than other approaches on the subject, for example, Dr. Greger’s excellent book "How Not to Die."

A typical recommendation by Dr. Greger will be to avoid certain foods that cause disease but also include a variety of herbs, like turmeric and ginger.

The advice in The Anti-Medicine is original and different because it comes from the mindset of a man who had directly helped over 4000 patients to recover from some of the worst health conditions you can imagine when Western Medicine left them for dead. Mosséri also comes from a long line of Natural Hygienists, such as Shelton, and took their work to the next level.

Although scientific studies are sometimes useful, nothing can replace the knowledge gleaned from such an extensive practice.

The Anti-Medicine in Practice
A $97 Value

As part of The Anti-Medicine, we are organizing two live webinars to present more information, clarifications and answer questions based on the material from the three books.

The webinars will take place in late March or towards the beginning of April.

If you can’t make it to the live webinars, we will send you the replay links, where you’ll be able to download the videos and any associated documents.

The topics covered during those webinars include:

Aging is a Choice! How Thousands of People Are Reclaiming Their Lost Health Without Drugs or Surgery

Here are just some of the testimonials Mosséri received over the years. In The Anti-Medicine program, you’ll find much more detailed accounts of how people recovered from serious illnesses using natural methods only.

Get The Anti-Medicine Now

This new program took me over a year to translate and put together. This is a unique work, previously unavailable to the English-speaking world! 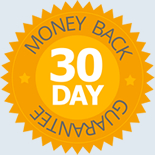 Is disease is inevitable? No!

Don’t be at the mercy of profiteers, alternative health scams, and the Pharma industry.

At the very least, you can improve your outcomes. At best, you can be free of pain and full of vitality, without ever needing to give up on your life and the activities you love.

There is no downside to healthful living.

The Anti-Medicine works because it focuses on the cause of disease, rather than trying to alleviate symptoms with natural or pharmaceutical remedies.


Get The Anti-Medicine today.

PS: The special pricing for the launch is valid for a few days only!